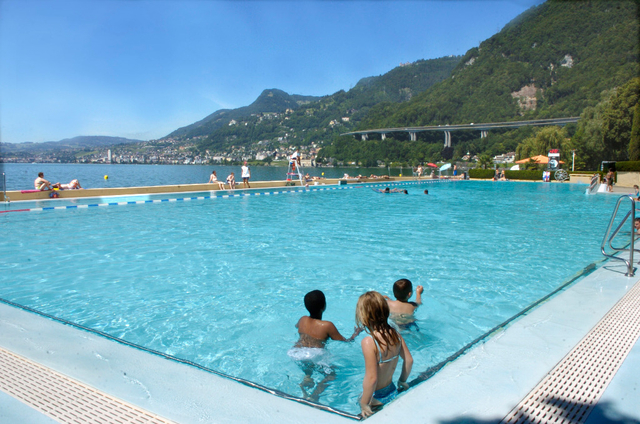 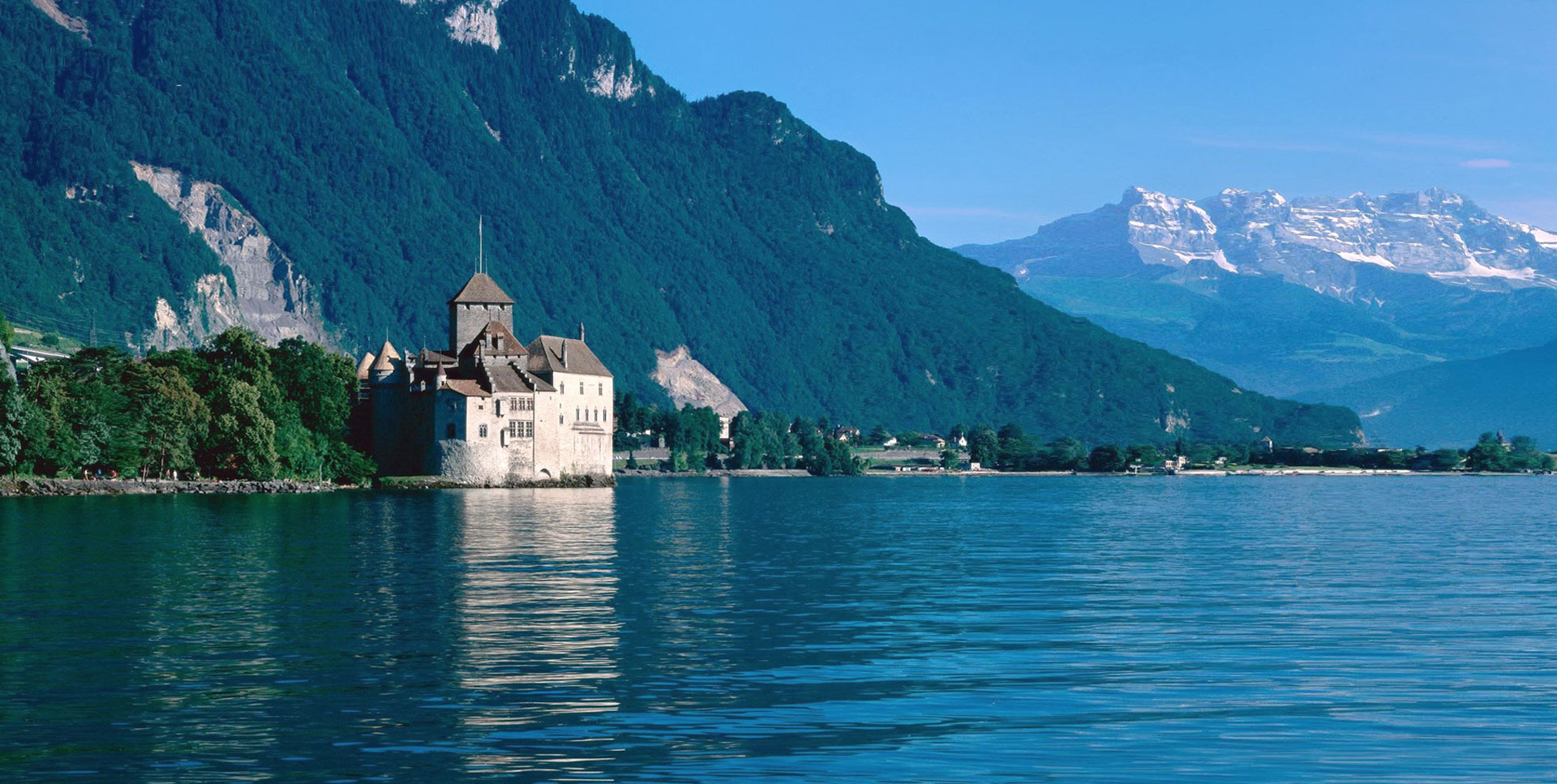 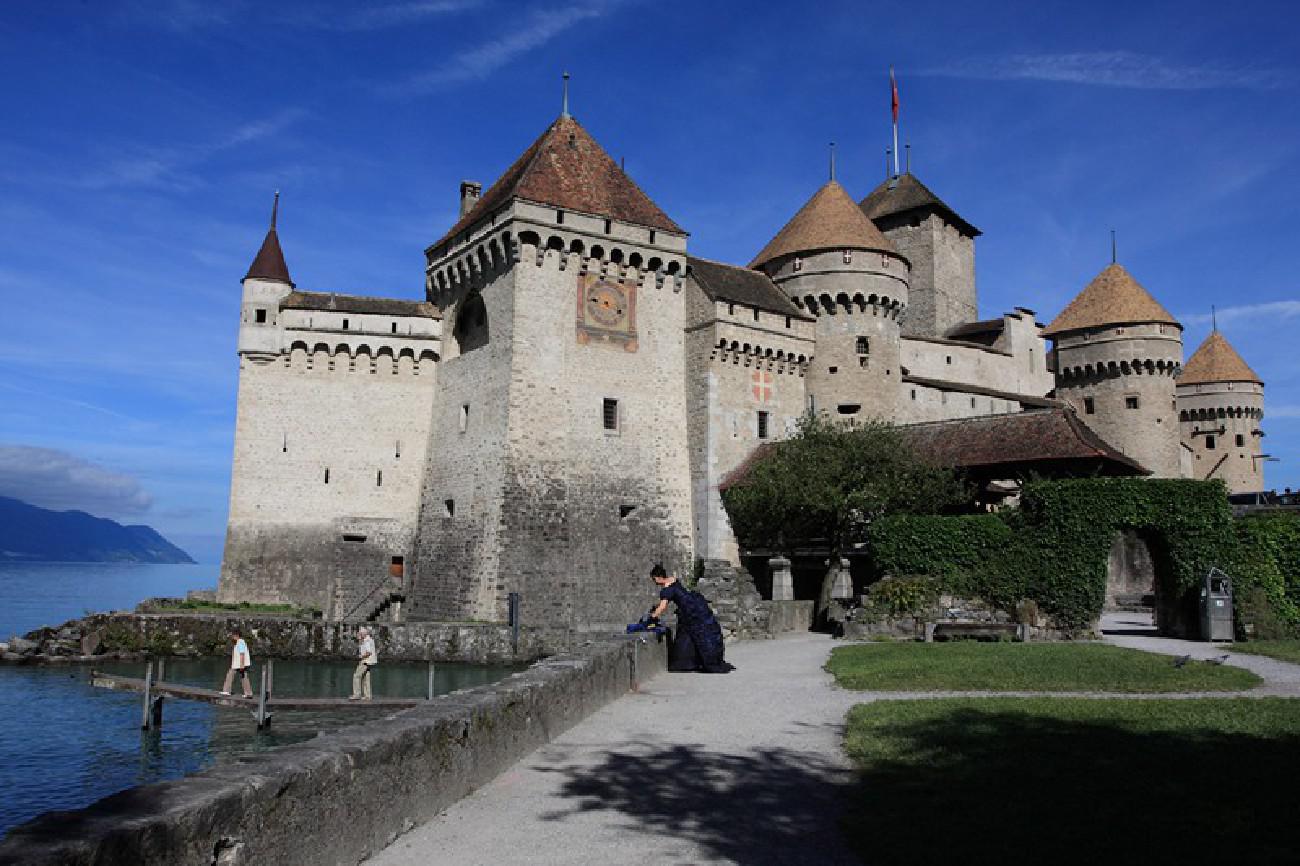 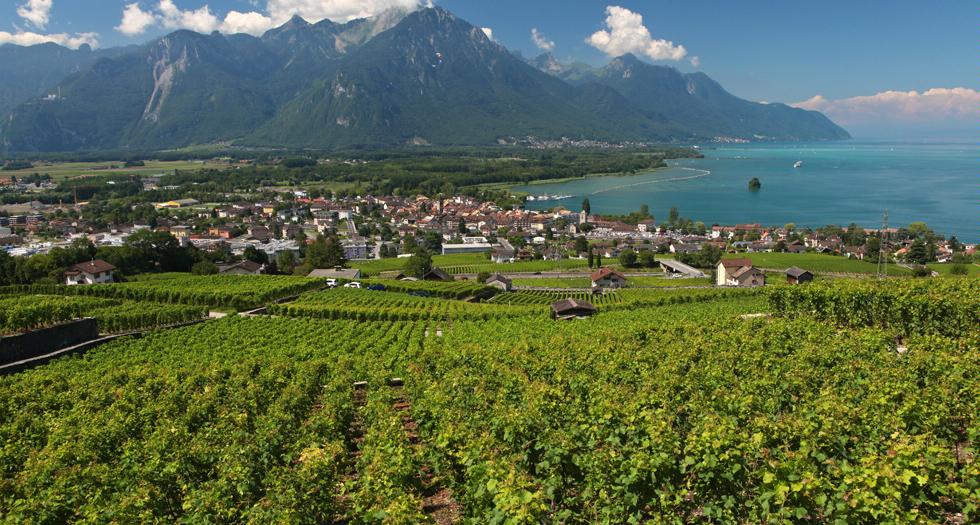 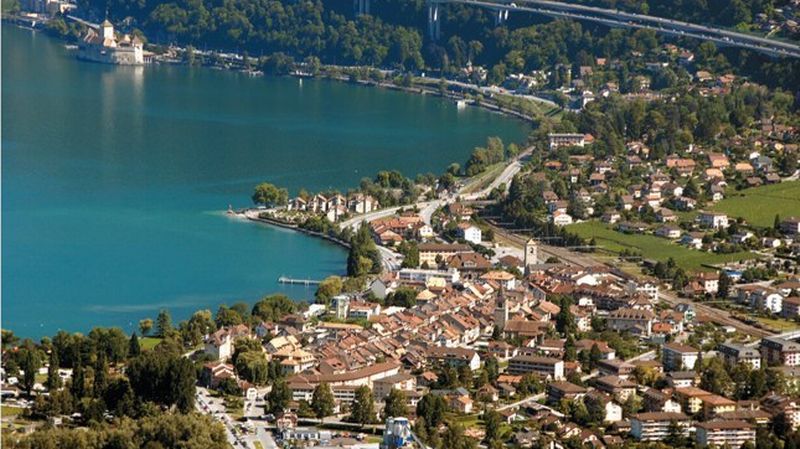 Villeneuve, located at the eastern end of Lake Geneva, at the foot of the Monts d’Arvel and the Rochers-de-Naye, is a very old town which was once a lakeside habitat during the Celtic era, then a Roman centre named Pennelucos (or head of the lake). At that time it was one of the main staging points on the roads leading from Avenches and Geneva to the Great-St-Bernard Pass. It was burned once by barbarians, then destroyed, probably by the huge landslide of Tauredunum (Grammont), around the 6th century, but rebuilt on its ruins. In 1166, Villeneuve was called Compengie, from the family name « Compendius » of a Gallo-Roman lord, owner of the manor around which a small rural centre was apparently organised at the beginning of our era.

During the 13th century, Count Thomas of Savoy decided t o create the « Ville Neuve de Chillon », which, due to its commercial activity in this transit area, developed and prospered to the point that at the end of the century two thousand people lived there.

With a surface area of 3,208 hectares, half of which are forests and pastures, Villeneuve is the 13th largest commune in the canton of Vaud. Over 61.5 hectares of large , beautiful vineyards produce a well-known wine.

The population of Villeneuve is currently around 5,400 inhabitants. The main local activities are small industries, crafts, commerce, hotels, viticulture and agriculture.

Many famous guests, such as Mahatma Gandhi, Lord Byron, Leon Gambetta, Victor Hugo, Richard Wagner, Romain Rolland and the painter Oskar Kokoschka have stayed in this town, which enjoys a favorable climate and beautiful surroundings.

The privileged location of the town, between the lake and the mountains , as well as its well-protected architectural heritage and its location at the head of the lake give Villeneuve the charm which has been preserved through the centuries and which the winemakers know so well how to translate using the same name.

A) THE CUSTOMER MUST PAY WALLISROLLT A DEPOSIT OF CHF 20.00 FOR EACH BIKE AND ITEM THAT THEY HIRE. MAXIMUM CHF 100.-
* Membership cards do not pay a deposit.
B) THE CUSTOMER MUST BE AT LEAST 18 YEARS OLD AND POSSESS A VALID ID CARD. THE ID CARD WILL BE PHOTOCOPIED.
C) ALL USERS MUST BE INSURED UNDER SWISS LAW AND PROVIDE CONFIRMATION THEREOF BY SIGNING THE WALLISROLLT CONTRACT
D) CLASS 1 TO CLASS 3 BICYCLES ARE RENTED. (see price list)