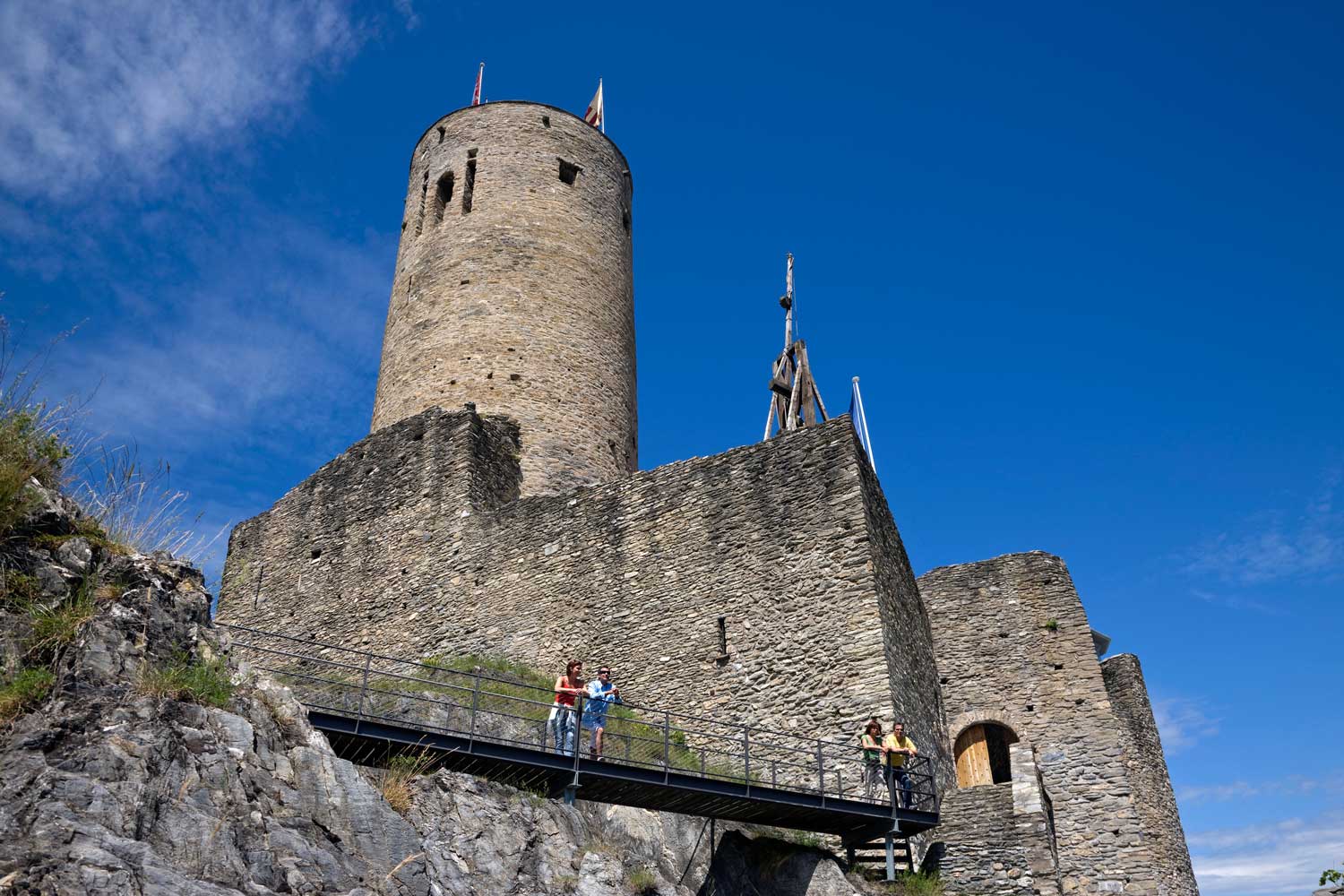 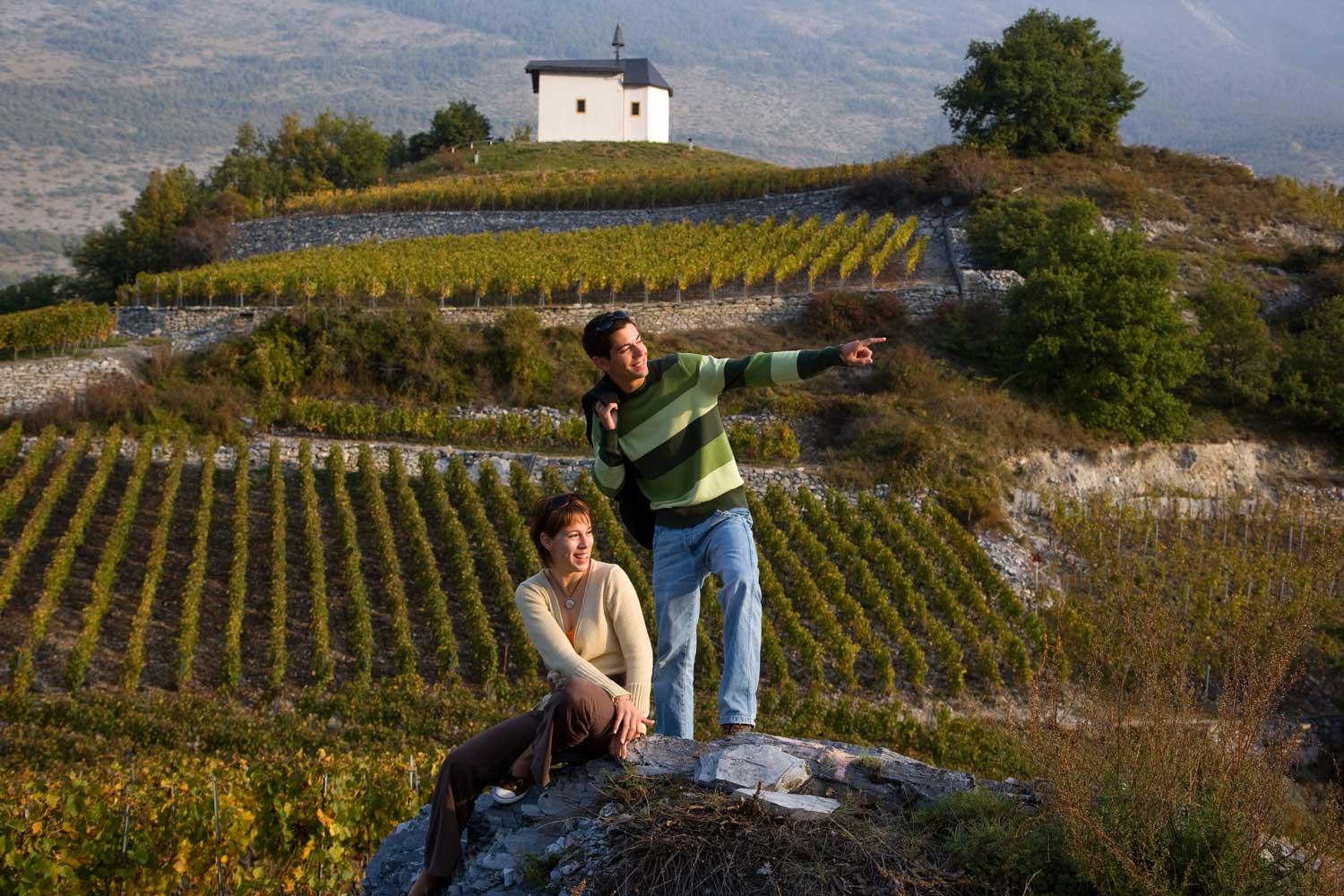 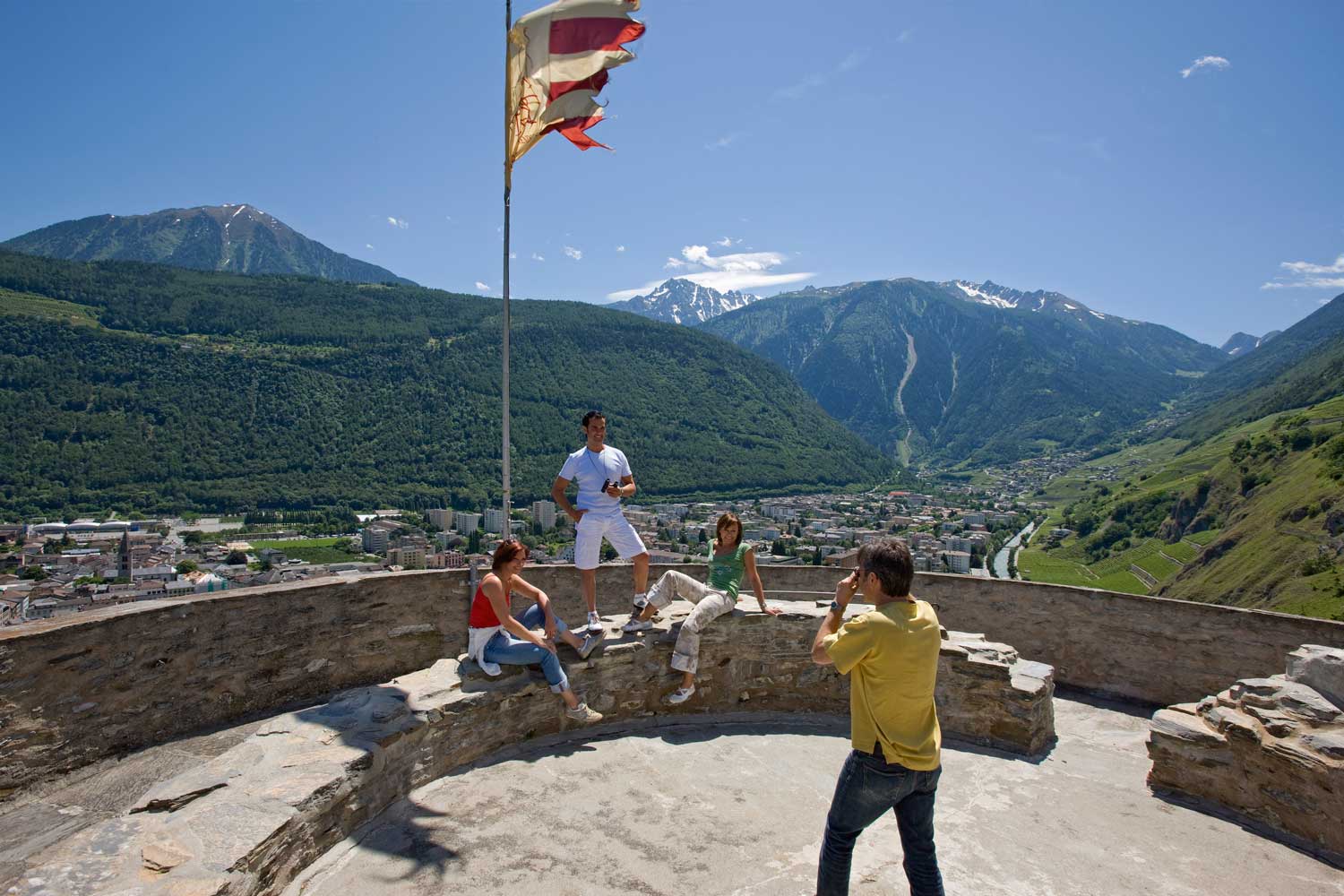 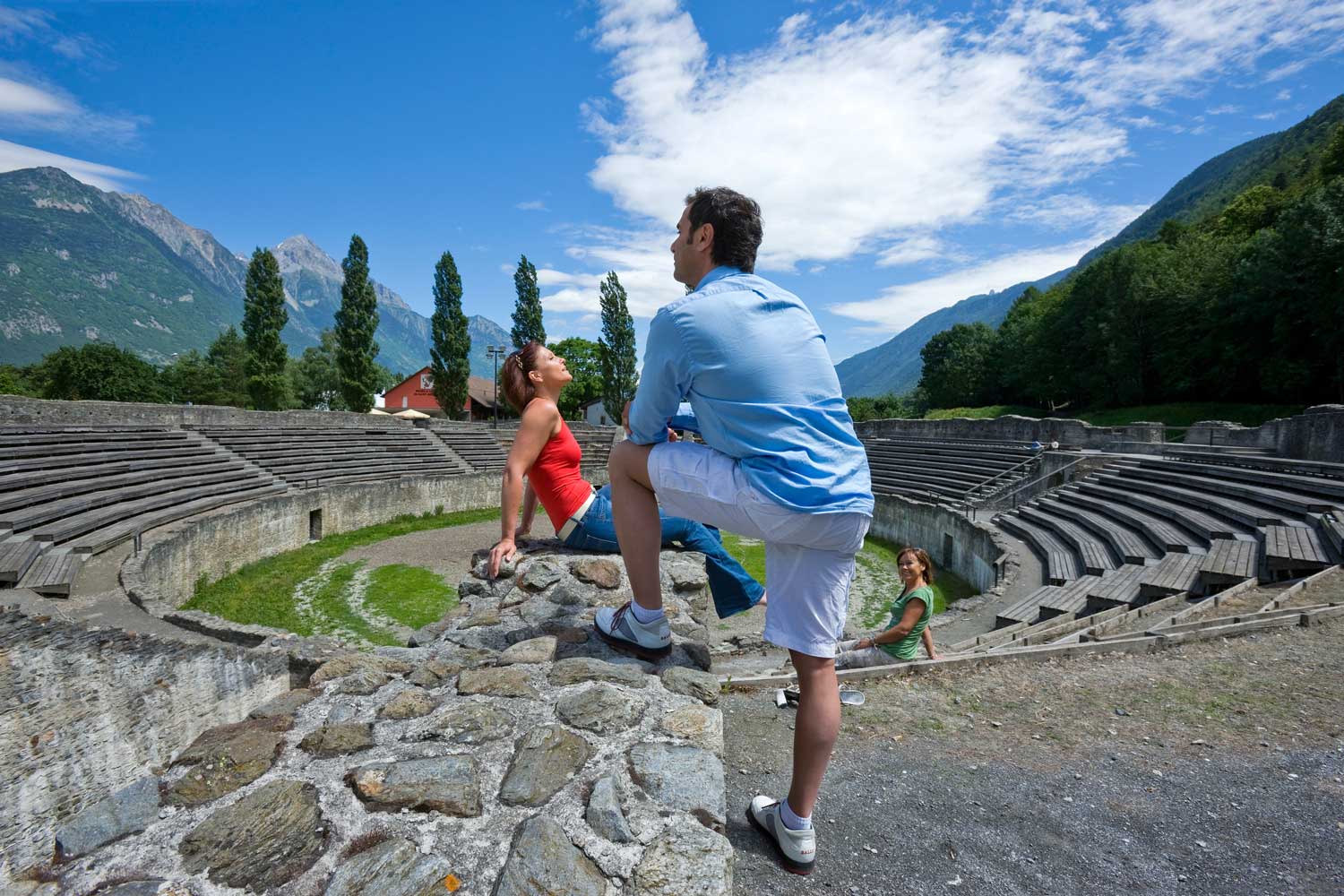 MARTIGNY STATIONThe small town of Martigny on the Rhone elbow in the Lower Valais is the hub of the pass routes across the Simplon, Great St. Bernard and Forclaz. It impresses with its cultural and historical heritage, southern flair and delicious cuisine.Martigny, surrounded by vineyards and fruit trees, is famous for its food, which is celebrated at many outstanding restaurants and inns. Strawberries, apricots, grapes, asparagus and many other fruits and vegetables thrive beneath the warm Valais sun. Rousseau, Goethe, Stendhal and Liszt are among the famous figures who have succumbed to the region’s culinary delights in the past.Martigny’s history dates back two thousand years: Celtic tribes, the Romans and Napoleon’s troupes have all left their mark here. You can marvel at the restored amphitheatre, Roman thermal baths, temples and living quarters. Martigny was once the first bishop’s seat in Switzerland. Today, it impresses with its historic districts of La Bâtiaz and Vieux-Bourg, featuring numerous churches and secular buildings that are well worth seeing.The Pierre Gianadda Foundation (Fondation Pierre Gianadda) is the most important cultural attraction in Martigny. In addition to the Gallo-Roman Museum, it houses an automobile museum and, in particular, a different high-quality exhibition by a world-famous artist every six months. The building was constructed around the remains of an old Roman temple.From Martigny, you can reach the French holiday resort of Chamonix in one-and-a-half hours on the “Mont Blanc Express”, a daring narrow-gauge railway. The “Sankt Bernhard Express” leads from Martigny to Orsières, from where you can then take the bus through an impressive mountain landscape up to the hospice on the Great St. Bernard.Attractions:Pierre Gianadda Foundation – Gallo-Roman Museum, Automobile Museum and temporary exhibitions by world-famous artists.St. Bernard Dog Museum – A history of both the breed and the Great St. Bernard Hospice.Trient Gorge – A deep gorge in the rock, with a 187-metre-high bridge made of reinforced concrete.Durnand Gorge – This spectacular gorge to the south of Martigny can be accessed via a one-kilometre-long path featuring a tunnel, steps, bridges and galleries.Evionnaz Labrynth – The world’s biggest labyrinth, with more than 18,000 Thuya plants and other attractions.Le Châtelard & Emosson reservoir – A steep two-cabin funicular and a narrow-gauge railway lead from Le Châtelard to the Emosson Reservoir (23 km from Martigny).